Rights of Foreign Workers in Malaysia 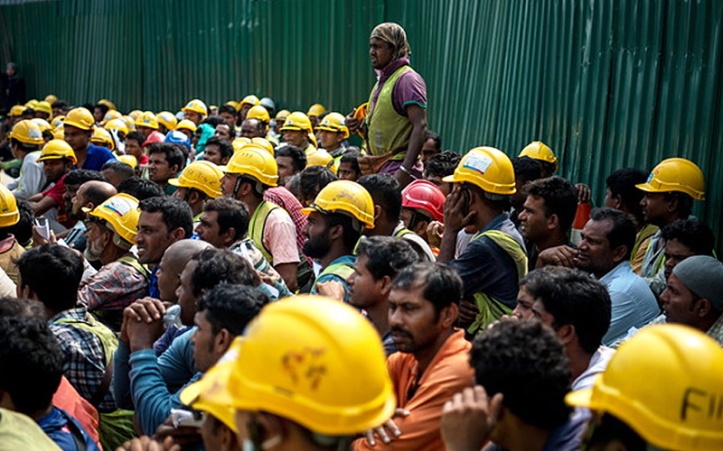 Pakatan Harapan pledged to reduce the number of foreign workers in their 2018 election manifesto. They promised to cut the number of migrant workers from 6 million to 4 million during their first term. The change is not an easy one. Human Resources Minister M. Kulasegaran commented that it’s a “never-ending issue” and the cut in number is hurting some key industries in Malaysia.

While the government focuses on achieving a mass reduction in the number of foreign workers, a crucial issue remains unaddressed. Foreign workers remain to be in a vulnerable position. Many bodies including SUARAM, TENAGANITA, and Parti Sosialis Malaysia are trying to improve the welfare of foreign workers in the past few years. Some foreign workers have been subjected to abuse at work and have suffered from a disregard for occupational safety and health from their employers. Examples of such incidents are the Adelina Lisao accident, the KL Eco City bridge and the landslide at Tanjung Bungah.

The rights of domestic workers must be brought under an adequate legal framework and the government must implement recommendations that better protect the rights of foreign workers. According to SUARAM, what can be done are as follows:

In light of these calls for change, the government announced a new policy in March 2019 to abolish the services of outsourcing companies in recruiting and managing foreign workers. The Executive Director of Malaysian Employers Federation, Datuk Shamsuddin Bardan, said that abolishing labour contractors’ services would mean better treatment of foreign workers. Instead of money being filtered out to middlemen and foreign workers receiving low pay, more money can be directed to foreign workers.  This decision aims to prevent foreign workers from being in a precarious financial position, and thus reducing the risk of exploitation.

Another issue relating to migrant workers is the issue of corrupt practices in the hiring process. The Malaysian Trades Union Congress (MTUC) has called for a Royal Commission of Inquiry (RCI) to be set up in order to tackle the problem. Abuses of this practice will result in human trafficking offences. MTUC Secretary General J. Solomon commented that the lack of affirmative action being taken by the government (Human Resource and Home Affairs Ministry) will lead to continued suspension of foreign workers.

The current status is that the Home Ministry has absolute power in deciding the hiring of foreign workers while the Human Resources Ministry only does the processing and provides recommendations. A possible way forward is to abolish the absolute power of the Home Ministry, due to the fact that this absolute power has led to allegations of corrupt practices. Solomon also said that the mooted Foreign Workers Integrated Management System (ePPAx) which cost the government RM300 million served no purpose as the existing system has provided the same services.

Recently, the Malaysian Anti-Corruption Commission (MACC) recently revealed that there are widespread instances of abuse of power, corruption and exploitation involved in the hiring of foreign workers in the country. The chief commissioner, Latheefa Koya, said certain agents and individuals took advantage of foreign workers who wish to enter Malaysia. There have been incidents where workers were arranged to come to Malaysia for so-called jobs, yet, when they arrived, none existed; some of foreign workers entered Malaysia without proper documents; and, despite the lack of proper documentation, many foreign workers are brought in by their agents.

Koya further suggested that the entry process should be carried out by the Human Resources Ministry instead of the Home Ministry, because the former has more knowledge and resources about the number of job opportunities available for foreigner workers.

In short, several pressing issues concerning foreign workers’ rights remain. Although the government has taken steps to tackle these issues, more must be done. We must protect individuals from the risk of exploitation and abuse, regardless of their nationality.