Due to the wide range of attractive economic opportunities that Malaysia can offer, Malaysia has become a popular transit country for migrants in which human trafficking and modern slavery have become a problem left unresolved by the Government. The lack of awareness of the issue by the nation is mainly one of the reasons why the problem is not being curbed from its root effectively. As a result, the adverse effects that human trafficking and modern slavery can potentially cause to our country is being significantly underestimated. How many, amongst all in our country, are aware that these migrants who happen to live around us fall prey to exploitation by their employers for the purpose of commercial sexual work and forced labour every single day?

In June 2016, the US State Department released the 2016 Trafficking in Persons Report – Malaysia was placed in the Tier 2 Watch List. Shamefully, this is the second consecutive year Malaysia has been placed on this tier. Although it is above the lowest band of Tier 3, it is still below Tier 2 (Tier 2 and Tier 2 Watch List are different bands), Malaysia is claimed as one of the countries whose governments do not fully meet the Trafficking Victims Protection Act’s (TVPA) minimum standards, but are making significant efforts to meet those standards AND: 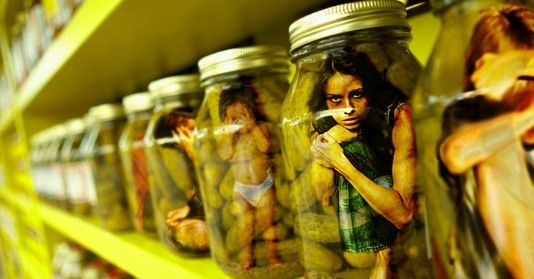 Just around two weeks before the Report was released, the Nepalese embassy reported that there were 461 deaths of its workers in Malaysia in 2015, a 32% increase from the 348 deaths in 2014 – with the article going so far as to call Malaysia as becoming a “death camp for migrant workers”. The figure shows an average of nine deaths per week, which is caused by several factors, mainly:

The International Labour Organisation (ILO) report showed that the significant amount of the Nepali deaths were due to “poor working conditions, high level of occupational stress and lack of adequate medical care.” These problems are the result of ineffective migrant policy and the lack of necessary regulation for the welfare of foreign workers. With regard to that, the ILO has also stated that Malaysia’s “conspicuously unbalanced” migrant policy is designated in such a way that its core remains a security concern rather than viewing migrants as one of the major contributors to the economy.

Complaints regarding human trafficking have constantly been lodged with SUHAKAM over the years and although it is not an enforcement agency for transnational crimes, SUHAKAM has been acting as a bridge between complainants and enforcement agencies to ensure that immediate and appropriate action is taken on every complaint. In order to support the country’s effort to combat human trafficking and modern slavery, SUHAKAM has been conducting periodic visits to shelters for the victims as well as holding various dialogues hoping to promote greater awareness among all levels of the society of the danger of human trafficking and to help the victims who have unfortunately fallen into the trap reintegrate into society again.

Following the Report that was released by the US State Department, SUHAKAM urged the Government to intensify its effort to combat the problem, mainly by ensuring that full protection will be provided in line with international standards set by the UN Protocol to Prevent, Suppress and Punish Trafficking in Persons, Especially Women and Children.

The purposes of this Protocol are:

In spite of the points mentioned above, the main concern that has always been highlighted regarding human trafficking and modern slavery in Malaysia is the tremendously low numbers of human trafficking convictions, reinforcing the obvious fact that either no actions have been taken by the Government or that the actions have been disapprovingly ineffective. This is taking into account the extensive insider network implicating the involvement of the staff of enforcement agencies in corrupt activities.

All in all, these have brought disgrace to the country. It is, without a doubt, a shame in the eyes of many. The problems have been left unresolved for many years and could eventually reach a breaking point in which our economic progress would go downhill rapidly. It is time that we learn to help each other uphold the value of equity and equality. Human rights are for all – the citizens, the migrants, everyone.

Emily Chen is a 2nd year Law student at University of Exeter. Bubbly in Spring and miserably dramatic in Winter. Love the sun but dislikes sunscreen. Kind of extroverted but introverted at the same time. Spotify is always playing except for when she is in her 8-hour dreamland. Lives by the motto “Be true to yourself” and she will never say no to your avocados.

ASASIkini tries its best to share reliable content from third parties without prejudice and with a firm belief in freedom of expression. All articles are strictly the writer’s personal opinion and ASASIkini, and KPUM, does not necessarily endorse the views or opinions given by the writers.